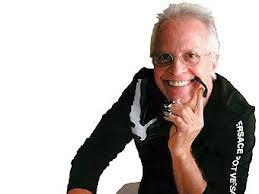 “You must understand The Clawz are not a gimmick, a fad or a worthless addition to your tool set, The Clawz fulfill a significant part of your hair design capability. They set you apart from your counterparts and when used in conjunction with your scissors and any other implements you use, The Clawz enable you to offer the ultimate finishing touch to achieve perfection in hair control, design and styling.
If you take your profession seriously and have that all-important desire and passion to excel and take your capabilities to new heights resulting in an ever expanding and highly satisfied client base, you simply cannot be without The Clawz.”

“As man shares his wisdom with others to bring knowledge into future generations, so are the The Clawz that spawned from the scissors an integral appliance in the quest for the betterment of our creativity for years to come”.

During his illustrious career, Valentino has won dozens of coveted awards for his innovative approach to hair styling and his unquestionable prowess as a world-class hair stylist and designer.

Among the most prominent awards, Valentino won the World Olympic Gold medal hair stylist in Paris representing the USA, and he has also been recognized as Hair International Hairdresser of the year.

He took first prize in “The Show of Shows” as top stylist in the country with an award presented to him by the famous actor Cary Grant on behalf of Fabergé.

Valentino is a member of the prestigious and exclusive InterCoiffure, and he has given hundreds of demonstrations and platform shows across the country. Valentino frequently travels as a Special Guest Artist and instructor at many international Hair Stylist Conventions.

Valentino has attracted the attention of many celebrities who used his unique approach for creating new dimensions in hair fashion.

To say Valentino “knows hair” is an understatement. His exceptional acumen and desire to improve and progress the styling capabilities of the hair industry is the genesis of The Clawz.

Knowing the limitations of scissors alone led Valentino to develop the missing link for achieving perfection in the control of hair design… and so The Clawz were born.